For motorcycle enthusiasts, there is nothing quite as thrilling as taking their bikes out on the open road on a beautiful day. There are quite a few scenic routes for motorcycle riders to enjoy around Hartford, CT. Sadly, the joy of riding a motorcycle has the potential to turn tragic very quickly.

A motorcycle offers much less protection than a car, which makes any accident potentially more dangerous to the rider. According to the NHTSA, motorcyclists were 29 times more likely to die in an accident and 4 times more likely to be injured. Members of our law firm are motorcycle riders themselves and understand the level of support that you need to get your life back on track after surviving a collision.

If you or a loved one has been injured in a motorcycle accident in Hartford, CT, or the surrounding area, contact Gould Injury Law today. Our personal injury lawyers will work with you to set a plan in motion towards a fast recovery. Call us at 888-WIN-FAST or fill out the online evaluation form to schedule your free initial consultation.

Often, motorcyclists are labeled as reckless drivers who speed and cut in and out of lanes. However, this is certainly not true of all motorcycle riders. In fact, it is often the driver of the standard size vehicle who caused the motorcyclist to crash. The following are some common causes of Hartford, CT, motorcycle accidents.

One of the most common types of motorcycle accidents occurs when a car is making a left-hand turn in front of a motorcyclist. The turning motor vehicle may hit a motorcyclist going straight through an intersection, passing the car, or attempting to overtake the car. In most of these cases, the vehicle making the left-hand turn will be found liable for the accident.

Left-turn accidents are common among two standard-size motor vehicles as well. However, they are typically more catastrophic for motorcyclists as riders don’t have the same protection of a metal frame, seat belt, and airbags that a car or truck offers passengers.

Motorcycle accidents caused by a left-turn often result in severe injury or death. If you were harmed in a motorcycle accident as a result of another driver’s reckless or negligent actions, schedule a free consultation with the fast-acting personal injury lawyers at Gould Injury Law today.

A driver may be trying to merge or switch lanes when he or she collides with a motorcyclist traveling in the next lane. Due to their small size, motorcycles are easily obstructed in the blind spots of larger motor vehicles. Motorcyclists especially need to be alert when riding near semis and tractor-trailers that have larger blind spots.

If a motorcyclist is in a blind spot of the vehicle traveling beside, the rider should try to slow down or speed up to get out of it. He or she should also be alert to signs that a driver is changing lanes. This might include a passenger vehicle with the turn signal on, a driver checking his or her mirrors, or a driver turning to check blind spots. A motorcyclist in Hartford, Connecticut, who is a defensive driver will be observant of surrounding drivers and proactive to avoid hazards.

Many types of motorcycles can reach high speeds very quickly and riders may race with other motorcyclists or cars. This is an extremely dangerous driving habit that can easily lead to the motorcyclist losing control of the bike and crashing.

If you were injured in a Hartford motorcycle accident due to someone else’s reckless driving, contact the personal injury attorneys at Gould Injury Law today. Our skilled legal team will act fast to gather evidence, establish liability, and collect the highest possible settlement for you.

Traffic jams and slow-moving traffic in and around Hartford can be frustrating to motorists. When stuck in this situation, motorcyclists might be tempted to ride in the space in between the lanes of cars and bypass all of the traffic. This practice is called “lane splitting” and is currently illegal in the State of Connecticut.

Lane splitting is banned in most states because it is potentially harmful to motorcycle riders. A driver who makes a sudden lane change or opens a car door could cause a motorcyclist to crash instantly.

Driving under the influence

In order for Hartford, CT, drivers and riders to coexist peacefully on the road, both must exercise good judgment and obey the law. Sadly, some motorcyclists operate their vehicles while under the influence of drugs or alcohol, resulting in devastating accidents, injuries, and deaths.

In the State of Connecticut, it is against the law for operators of motorcycles and regular vehicles to drive with a BAC higher than .08 and .04 for commercial drivers. However, remember even just one drink can begin to impair a driver’s coordination, judgment, vision, and reaction time.

If you have been involved in a serious motorcycle accident due to another driver being impaired by drugs or alcohol, the lawyers at Gould Injury Law want to help. You shouldn’t have to pay the price for someone else’s deliberate and negligent actions. Our motorcycle accident attorneys will act fast to gather evidence proving the other driver was driving under the influence and is therefore liable for the accident.

After a Hartford, Connecticut, motorcycle accident, many victims wonder what settlement amount they will be awarded and whether it will be enough to cover their medical expenses and other damages. There is no set dollar amount that every motorcycle accident victim receives – every situation is different.

Some factors that are taken into consideration when calculating a settlement are:

The skilled and compassionate Hartford motorcycle accident lawyers at Gould Injury Law will sit down with you to discuss the details of your claim. We will then determine what types of damages you’re entitled to, calculate the value of your claim, and act fast to pursue financial compensation for you and your family.

You may be entitled to compensation for:

The personal injury lawyers at Gould Injury Law are experienced in handling motorcycle accident cases. Our law firm firmly believes that motorcycle riders have the right to be justly compensated for their injuries that were caused by another party’s negligence.

Our fast-working, experienced motorcycle accident attorneys have successfully won substantial amounts for victims of a motorcycle collision. We handle personal injury claims on a contingency fee basis, which means you pay nothing out of pocket. If we don’t win, you don’t owe us a dime.

After a Hartford motorcycle accident, we understand that you want to get your life back on track as soon as possible. At Gould Injury Law, we pride ourselves on being “The Fast Firm,” ready to do all we can to get your claim settled as quickly as possible. Contact us at 888-WIN-FAST or fill out the online evaluation form to schedule a free case consultation. 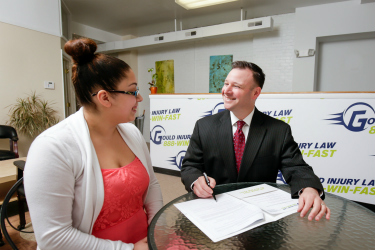 Following your injury, the financial stress, emotional pain, and mental anguish is a lot to handle on your own. You want to recover quickly, and we want this for you too. We feel that you should not have to continue to suffer after your accident. When you need a Connecticut workers’ compensation attorney, you need Gould Injury Law. Our workers’ compensation lawyers will use our experience to help you obtain the legal benefits you have worked so hard for. The strength and determination of our law firm will be behind your personal injury case. We will get you fast and satisfying results. Call our workers’ compensation attorneys at 888-WIN-FAST or fill out the online form for a free consultation and helpful legal advice. 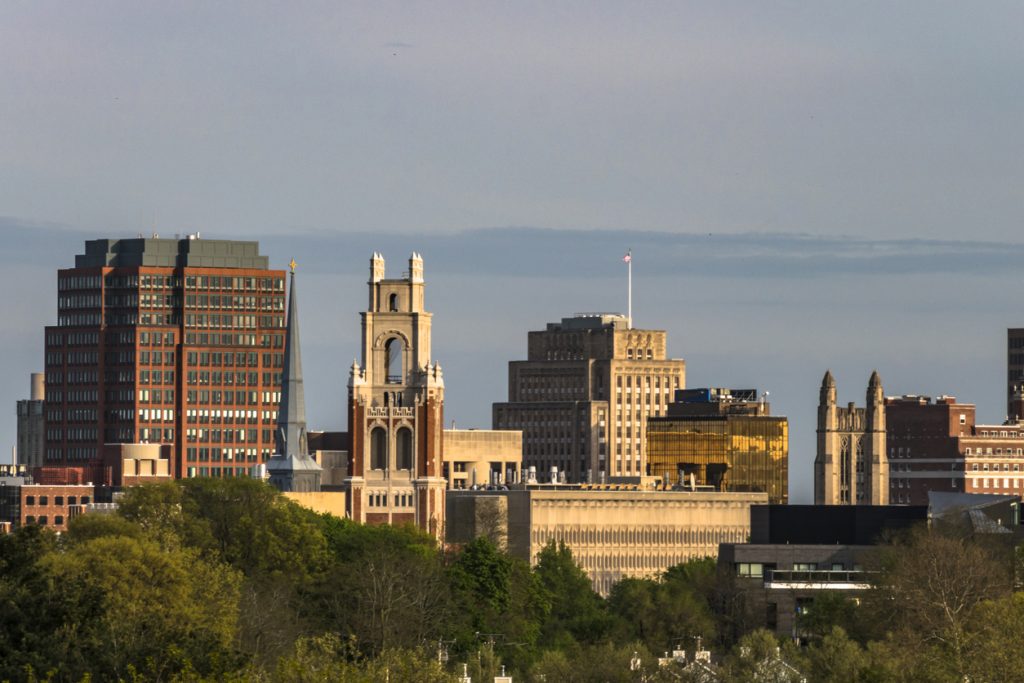 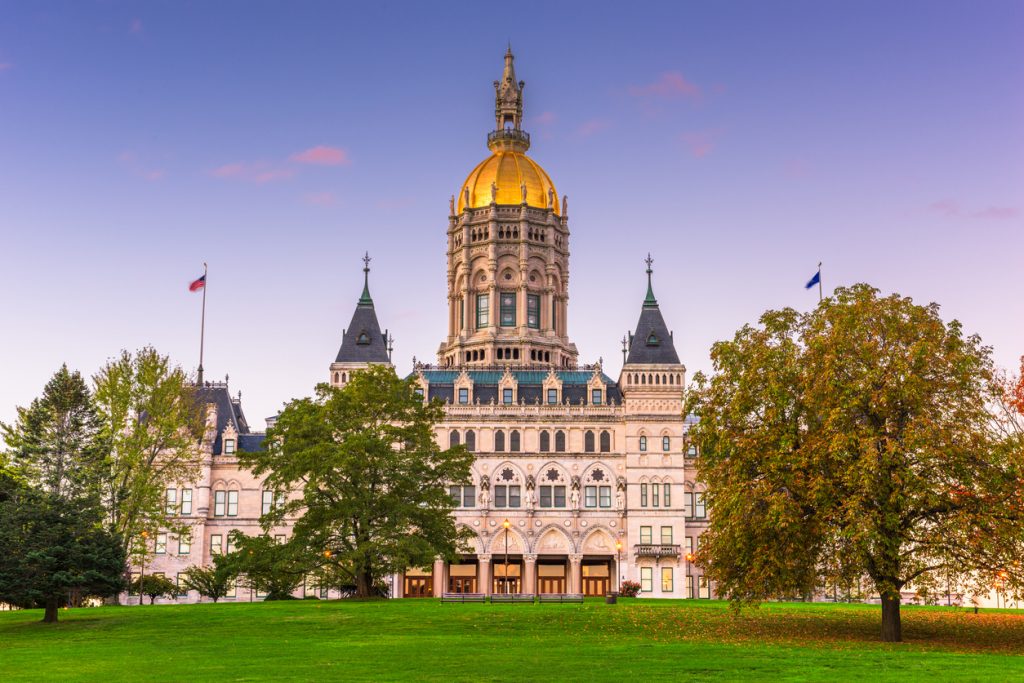